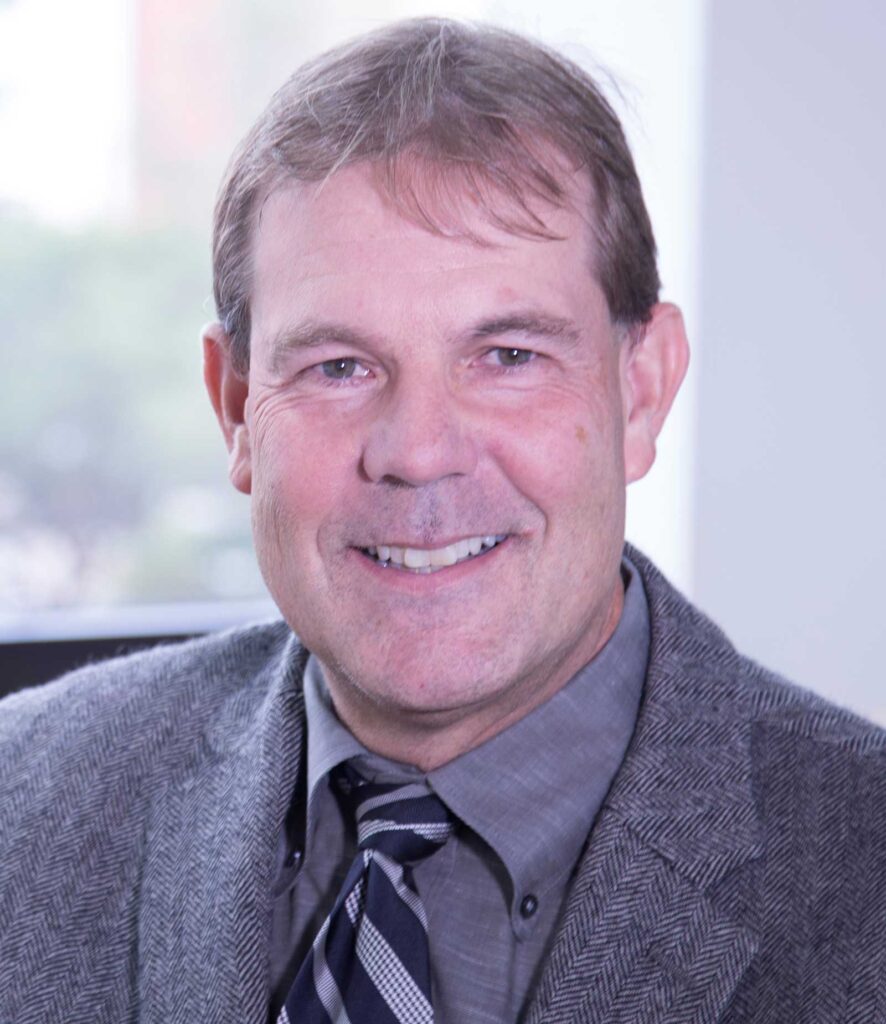 Eric Kruseman is the Vice-President and Chief Financial Officer of ATI. I have been with ATI since 2003. Since joining ATI I have had the privilege to work with PEMEX and other National Oil Companies in China and Brazil. I have been involved in negotiations with a lot of the projects that we have successfully performed throughout the years and have obtained knowledge and understanding about doing business in other countries. When dealing with different countries it’s important to understand their cultures and ways of doing business. Having been exposed to that diversity has given me a lot of knowledge about different tax and accounting issues which are critical to understand. Being in a small company has its advantages where you have to be able to wear a lot of different hats and be able to do and solve many problems and situations that may come to light.
From 1981 – 1984 I obtained a Bachelor of Arts degree with a double major in accounting and finance from Houston Baptist University in Houston, Texas. I am a Certified Public Accountant since 1990 and have worked in both public accounting and in industry. In public accounting I worked in consulting, auditing and tax services so I have a fairly diversified background. In industry I worked for Global Compression Services which is an Oil Field compressor manufacturing company that serviced the Oil & Gas industry in the United States and worldwide which was later purchased by General Electric.
Prior to becoming a Certified Public Accountant I was a tennis instructor at Westside Tennis Club for 6 years. As a young man I was the #1 junior tennis player in El Salvador, Central America and I represented my country in numerous international events. I had a tennis scholarship at Houston Baptist University and played both singles and doubles for the school. At the present time I continue to play at a State and National level for my age division and have rankings in both.
I’m a proud father of two children who are currently in their early 20’s. My son, who is the oldest, graduated from the University of Houston, currently works for Apple in the corporate offices in Austin, Texas. My daughter has graduated from University of St. Mary’s in San Antonio and is currently continuing her studies to become a physical therapist. My daughter also played competitive tennis and had a tennis scholarship at the school where she was #1 on her tennis team.
Although a US Citizen for over 30 years, I was born in El Salvador, Central America and I’m bilingual in both Spanish and English. I live in Houston, Texas and this is where our company is headquartered. 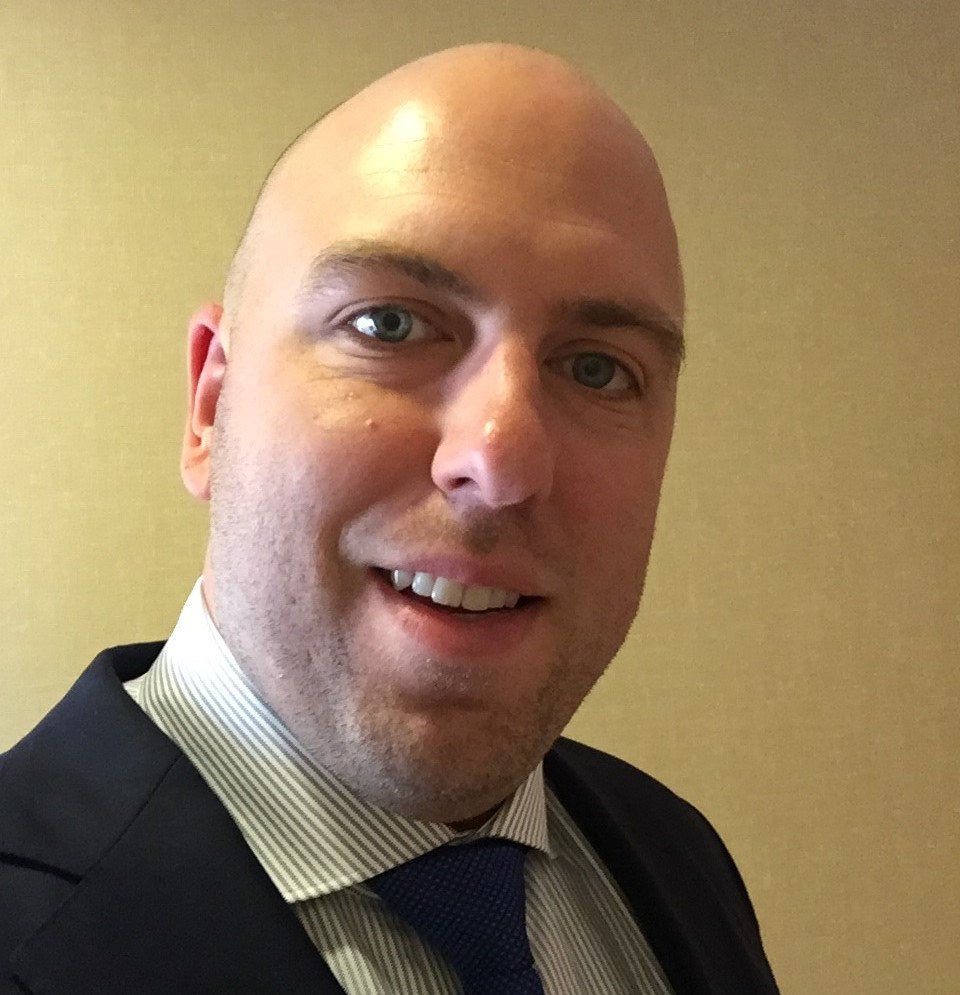 Mr. Maidla is the newest member of the ATI family and currently holds the position of SVP & COO. He has over 15 years’ experience in the Oil & Gas arena and has built solid relationships with many key personnel in National Oil Companies, Independent Oil Companies, Drilling Contractors & Service Companies throughout the Americas (with a heavy focus on Mexico, Brazil, USA, Colombia, Argentina & Bolivia). Mr. Maidla has lived in three continents throughout his life and speaks three fluent languages (English, Portuguese & Spanish). He was born in the USA and raised in Brazil and Australia.

Mr. Maidla has strong foundations and relationships in Mexico with PEMEX personnel, and has strategic alliances within the territory, one of the key reasons for teaming up with Mr. Robert Andrews . Moreover, he has very close ties to PETROBRAS personnel in Brazil having worked since 2010 in the Brazilian market and since then travelled over 50 times to Rio de Janeiro and Macae. He also has great professional relationships worldwide with REPSOL, SHELL, STATOIL (now EQUINOR), CHEVRON, BHP Billiton, HESS CORP, and many other majors.

Mr. Maidla has a BS in Economics with a minor in Mathematics from the University of Houston, along with several leadership certifications from institutions throughout the USA. He also holds a patent related to the automated measurement process of pipe laying supply vessel (PLSV’s) deployment and retrievals. He is married to the love of his life and together have three beautiful daughters. He currently resides in the Houston, TX area. 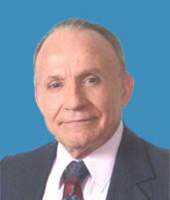 Edgar Capaceta obtained the degree in Mechanical Engineering from the National Polytechnic Institute of Mexico. He worked during 30 years as a specialist engineer of drilling rig operations and maintenance for PEMEX in the Management of Drilling and Maintenance of Wells. He retired as Rig Maintenance Superintendent and department chief. Currently Edgar is Project Manager and is headquartered in Villahermosa, Mexico

Dalia Guzman, starts her professional life at Andrews Technologies de México in the year 2007-2010 making the Economic Proposals at Unitary Prices for the Tenders of Sismica Furbero Miguel Aleman and Múchite / Mata Verde 3D, the latter being the winner.

In 2011, she was hired by the company WT Consulting, which is dedicated to technical assistance in different areas of PEP, where she is the Head of the Tenders Department. In 2013, she joined the company Well Consultores where she is Head of the offices of said company in Tabasco, where she makes tenders for Stimulations, Fractures, Cementations, Miscellaneous Pumping and Well Designs for the companies CALFRAC, PETROALFA and GSM, as well as integration of documentation for contract renewal for the Jack Up MENADRILL II.
In 2014 she is invited to rejoin Andrews Technologies of Mexico as Contract Coordinator 421004860 “Rehabilitation, Modernization and Automation of Drilling Equipment of 2000 HP, South Region” and Head of the bidding area.

Moyses Lachter obtained his degree in Electronic Engineering from the Polytechnic University in Rio de Janeiro, Brazil, in 1964. He worked for 30 years in IBM, starting in the computer technical area and soon he moved to the managerial career. He had held the position in the System Engineering, Marketing Programs and Industry Projects areas, becoming, in 1985, the Large Account Manager for the state owned oil company, Petrobras. After strongly upgrading IBM’s market share in Petrobras, he was invited to be the Petroleum Industry Manager for Latin America and finalized his career working for two years as a Senior Consultant for the Pemex Account in Mexico City. After retiring from IBM in 1995, he worked as the Brazilian Country Manager for Landmark and Core Laboratories. Currently Moyses Lachter is the ATI Country Manager for Brazil, headquartered in Rio de Janeiro city.